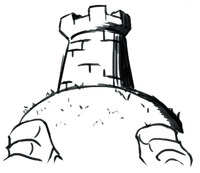 Once upon a time in a land far, far away, there stood a tower

that had been built in an age long forgotten. One day, people arrived in wagons and built a small village in the shadow of the old tower. The village grew, and the settlers prospered.

Unfortunately, an invading darkness stretched its way across the land. The Void army, a force dedicated to the obliteration of life and creation, stretched its hungry arms towards the innocent villagers.

To defend his people, King Rand re-purposed the ancient tower and filled it with elementalists: powerful magic-users who controlled the four elements that created life: fire, earth, air, and water. This is their story.

Tira, the current Master of the Tower of Elements, rushed into the war room and exclaimed, "Father, the new recruits have arrived! We need to go greet them and assign them to their stations."

Dynauld, a grizzled old elementalist reading a book by candlelight looked up at his daughter. "Tira, you are the Master now. I am nothing but a mere librarian researching an old tower and these dastardly Void minions."

Tira fondly kissed her father and replied, "You'll never be a mere anything, Papa. By the way, have you seen Murgie? You know, the turtoom your druid friend Torm, gave me when I was five? He hasn't left my side for all those years, and now I can't find him."

Dynauld patted Tira's hand and replied, "No, my dear. Maybe he wandered outside and got lost."

With a worried frown, Tira walked out of the library. "Well, no matter. I have to go look after these new recruits. No telling what kind of trouble they will cause..." 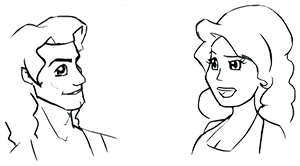 Tira stood on top of the tower surrounded by new recruits. Daenon, a muscular young man who seemed more suited for platemail than spells, stood out from the crowd. Tira could not help but notice his tanned, muscular physique.

Tira pulled her gaze away from Daenon to give instructions. "You need to set the runes in a specific order. Otherwise, disaster could befall us."

Daenon quickly interrupted her, "I think if we try mixing the runes like I did in my recuirtment test, we could defend the town more effectively."

"I'd like to remind you that I've been doing this since I was in diapers." Tira turned away, clearly dismissing him.

To which Daenon retorted, "Maybe that's the problem."

Chapter 4 The Building of the Wall[edit | edit source] 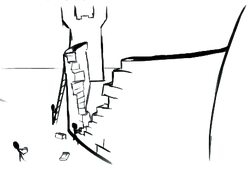 Far below the tower battlements, a village slowly grew under the protection of the elementalists. As the town expanded, the tower benefited from those who lived beneath its shadow. The villagers helped fortify the Tower of Element by building up a stout wall.

Sometimes, though, good walls don't make good neighbors. This is particularly true when your neighbors are the Void and their minions.

Chapter 5 The Corruption of the Turtooms[edit | edit source]

As the tower came under heavy attack, Tira made the decision to try Daenon's new rune combinations. The resulting explosion left the elementalists singed by completely stopped the invading forces.

Throwing a fist in the air in exaltation, Daenon yelled, "It worked! Knew it would."

"Don't pat yourself on the back too hard. You might hurt yourself," coughed Tira as the dust began to settle.

As he pulled her from the dust and rubble, he cajoled, "Come on, Tira, you know you had fun, AND we saved the village."

"Maybe it was a little bit fun," she admitted. The her eyes grew wide as a massive boom sounded from the edge of the trees. "What are those creatures in the trees?"

As they turned and squinted at the trees, Tira recognized the shapes emerging, "My gods! Those are our turtooms. They've been corrupted!"

When Tira was a little girl and Dynauld was the Master of the Tower, she spent her days roaming the halls and playing with her magical abilities. One day, a wandering druid named Torm stopped by with something wrapped in a blanket. Torm was one of her father's oldest friends.

In the wrapped blanket was a tiny turtoom: an animal thought to be long extinct in the world. It peeked it stubby head out, and it was love at first sight between Tira and the little turtoom. She named him Murgie.

Torm had rescued Murgie from a burning forest outside of Askagard. He believed that Turtooms were extinct from these lands, and he had been roaming around looking for a way to save the species. Turtooms have always been used by druids as an indicator of the health of the surrounding environment.

Torm asked Tira to take care of murgie, and she readily agreed. Together the three of them helped re-establish the turtoom population in the area. As the turtooms grew in number, the forest and the fields began to flourish.

A massive explosion boomed across the plains, and Tira tried desperately to direct the elementalists. A bloody head wound made her speech barely coherent. Thankfully, Daenon rushed to the top of the tower and unleashed an Inferno spell - wiping out the current wave of invaders.

As he picked up Tira to try to get her to a healer, he stated, "it's getting really bad out there, Tir. THe Void army's hitting us hard and fast. The walls are barely holding."

"We've got to hold out, Daenon. THe villagers are depending on us. King Rand's reinforcements will get here soon. They must."

"If they don't get here soon," Daenon argued softly, "there won't be anything left to reinforce. You've got to let me mix the runes my way."

Tira's eyes drifted closed and she mumbled. I'll talk to my father. I wish Murgie was here..."